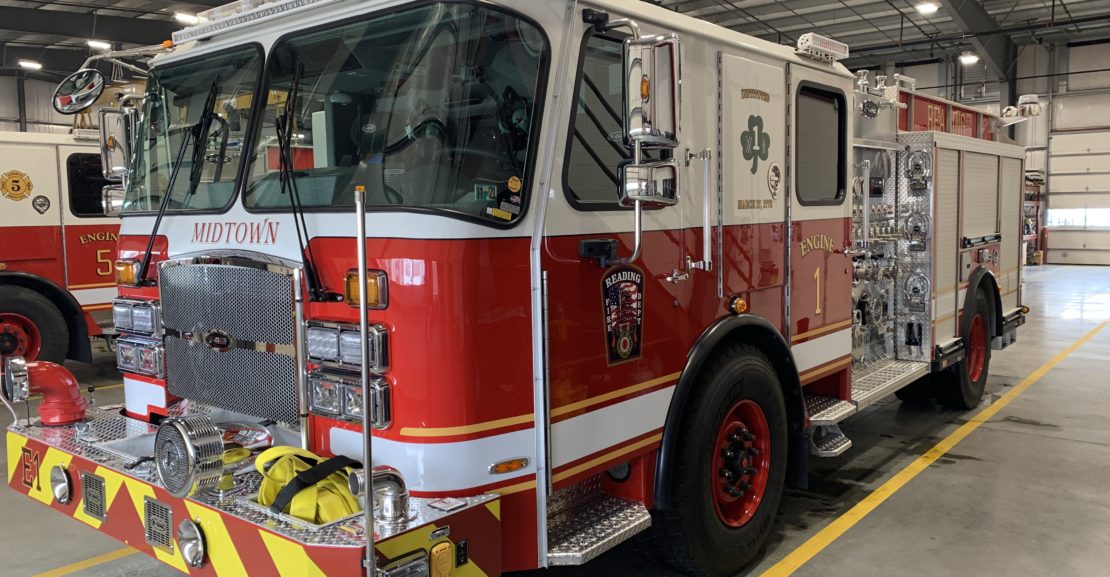 The Reading Fire Department was officially organized on March 17, 1773, with the founding of the Rainbow Volunteer Fire Company. According to legend, the new company’s name was being boisterously debated in the tavern where the meeting was being held, when a rainbow appeared in the eastern sky following an early spring thunderstorm, thus giving birth to the name. Since the Rainbow Company was formed on St. Patrick’s Day, a shamrock appropriately became the company’s insignia. Today, 236 years later, the company still exists, under its’ charter name, although most firemen in the city are full-time. The Rainbow fire station is located at 8th & Court Sts., where it has been since 1870.

The city paid each fire company an annual gratuity, from which the company then paid the drivers, bought supplies, and maintained the fire stations. The city built and owned most of the fire stations, however to this day, two stations are still owned by the individual fire companies, and the city pays rent to house apparatus at those locations. The Liberty fire station at 5th & Laurel Sts. is the most notable of the privately owned stations. Built in 1876 by the company, and still owned by them, it has been preserved in all of it’s 19th century splendor. A visit to the second floor meeting and sitting rooms is a hundred year step back in time.

From the founding of the Rainbows in 1773 until 1820, the fire department was basically a bucket brigade organization. In 1820, the Rainbow’s first fire engine, a hand-drawn/hand-pumped apparatus made by Patrick Lyons of Philadelphia, was received by the company. The first steam engine in the city, made by Lee & Larned Company, was acquired by the Reading Hose Fire Company in 1860 for $3000. As more companies purchased the larger, heavier steam engines, horses were bought to pull the apparatus to fires. In 1911, the first motorized apparatus, an American LaFrance chemical combination truck was put in service by the Liberty Fire company. By 1923 the entire department was motorized. At one time the fourteen companies operated a total of 29 pieces of apparatus and ambulances.

Ambulance service was implemented by the fire department when the Reading Hose company began the service in 1877. Eventually three ambulances served the City, until a private service took over in 1987.  That service went out of business on December 31, 2000, and the City resumed providing the service on January 1, 2001.

In 1968, the paid apparatus drivers employed by the individual companies using city funds petitioned the courts to become city employees, working under the direct control of the city, with standard wages and uniform benefits. The drivers prevailed, winning on the basis of a similar precedent-setting case in Chester, PA. Once unified, they organized into union Local 1803, an affiliate of the International Association of Firefighters. Eventually the volunteer force dwindled, as the paid force increased. Although still officially considered a “combination” paid/volunteer department, most of the force consists of full-time career firefighters.