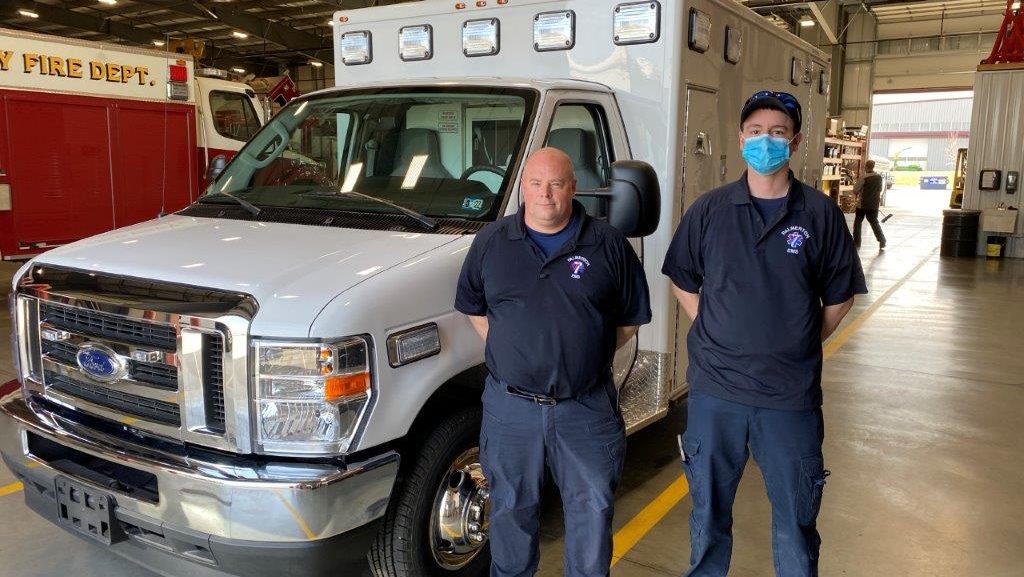 Congratulations on the delivery of your 2021 Ford E350 Type III Ambulance. Thank you for your business!

The History of The Palmerton Community Ambulance Association

Established in 1945, the Palmerton Community Ambulance was first housed at the “Old” West End Fire Company located in Palmerton, Pennsylvania. The building, till this point, was owned by the New Jersey Zinc Company, a cornerstone company for the small town.

In the late 60’s and early 70’s, two ambulances were purchased; one being stationed at the Palmerton Borough and the other at the West End Fire Company.

Over the years following the purchase, the building went through renovations to accommodate two ambulances, allowing for the first time all ambulances and volunteers to be housed under the same roof.

In 1985, two new ambulances were purchased. Before this point, the Palmerton Community Ambulance was only operated by hard working local volunteers. Following the purchase, two full time Emergency Medical Technicians were hired to create the first paid emergency 8am to 4pm crew in Carbon County.

In 1998, the first para-transit van was purchased to be used for non-emergency wheelchair and stretcher transports. 1999, the old Palmerton Ambulance building was torn down and completely renovated between 1999 and 2000; all of the hard work, pain, and sweat, had finally paid off.